Smile Makeovers Are Not Just for Celebrities

Now that Hollywood’s biggest night, The Oscars are over and you saw everyone dressed their best, hair perfect, and million-dollar smiles, there’s something you should know. It might come as a surprise, but some of Hollywood’s elite stars didn’t always have a straight, perfect, white smile. Many celebrities have gone to see their cosmetic dentist to get a smile makeover because like many people their job deals with being in the spot light. Celebrities spot light may be a little larger than most people, but whether you’re a celebrity, doctor, politician, teacher, sales person, or anyone who deals with people on a daily basis, your smile is one of the first things people notice about you. Here are the top 5 celebrities that you probably didn’t know who had smile makeovers during their career.

1. Nicolas Cage. In Nicolas Cage’s early career his teeth were misaligned pretty badly which made his teeth overlap. In the 1984 movie, “Birdy” Cage got into his role and actually had some of his teeth pulled to look more like his character. As Nicolas Cage and his career advanced to more leading roles he needed a smile makeover and this led him to get a full set of veneers. After getting his smile makeover he got casted in the leading role for “Leaving Las Vegas” which he won an Oscar for. So, we’re not saying veneers won Nicolas Cage an Oscar, but we’re not saying they didn’t help.

2. Ben Affleck. When Ben Affleck was a kid he had buck teeth, it wasn’t until after he had many cosmetic dentistry procedures that he started his acting career. His acting career started with his role in “Good Will Hunting” which landed him a screenwriting Oscar. Ben Affleck’s smile makeover included porcelain veneers, crowns, and some teeth whitening procedures. 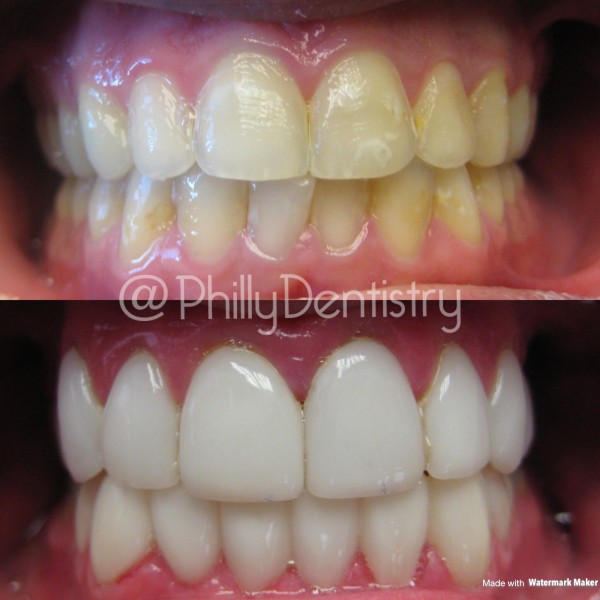 3. George Clooney. Being known as one of the most handsome celebrities in Hollywood, George Clooney owes some credit to his cosmetic dentist. Clooney has a full set of veneers and the reason for his veneers were not strictly just for looks. The 2-time Oscar winner had problems grinding his teeth due to stress, which ultimately led for the need to get replacement teeth.

4. Morgan Freeman. Everyone knows Morgan Freeman because he is one of the best actors of all time. As he aged his teeth naturally became more yellow and he had a gap in between his 2 front teeth. After seeing his cosmetic dentist, Freeman had his teeth whitened and gap closed from a dental bonding procedure. Now, Freeman looks younger and is still landing huge movie roles in Hollywood.

5. Tom Cruise. You may remember Tom Cruise when he was a young actor playing roles in movies like “Risky Business” when his teeth were far from perfect. Cruise has had many cosmetic procedures done throughout his career. First, he had his teeth whitened and straightened, but that wasn’t enough for the “Mission Impossible” star. He has reportedly had more cosmetic dentistry treatments which included a mouthful of veneers.

Philly Dentistry has many cosmetic dentistry options such as, teeth whitening, porcelain veneers, Invisalign, Cerinate Lumineers, crowns, bridges, implants, and much more. Don’t hesitate to give us a call (215-568-6222) for a free new patient consultation and get that smile you’ve always wanted.

If your teeth are weak, chipped, cracked, fractured, decayed, aged, discolored or misshaped then you are a perfect candidate for dental crowns. What exactly is a dental crown? Dental crowns are strong natural looking dental solutions that are used to seal a tooth after a root canal procedure. When your teeth are badly damaged you develop more of a risk for bacteria to travel through your mouth because chipped and cracked teeth create easy paths for plaque and harmful bacteria to move around. Do not wait if you are experiencing any oral health problems because the longer you wait the worse it will become and will result in either a root canal or even a tooth extraction.

The benefits of dental crowns are great, especially at Philadelphia Dentistry where our doctors use the latest advanced dental technology to create and bond dental crowns. The number one benefit of dental crowns and most importantly is to relieve any discomfort you may be experiencing from your damaged teeth by placing a crown on the tooth to protect it against any future damage and prevent any sensitivity. 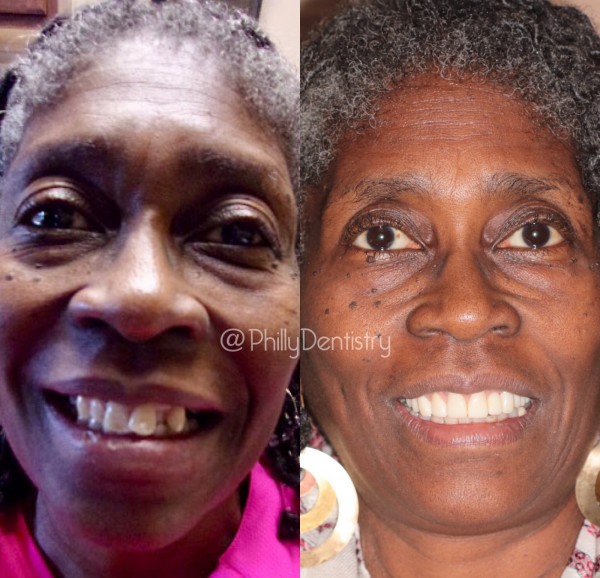 Many times, people assume getting dental crowns is a complex procedure that takes an immense amount of time. In fact, it is actually straightforward. Once the enamel of your teeth is clean and healthy one of our accomplished doctors will shape your tooth. This shaping of your tooth allows it to firmly hold the crown. After our doctors take an impression of the tooth it is then sent over to our trusted lab where expert technicians will create your custom crown. Once the crown is ready Dr. Cirka, Dr. Jeon or Dr. Smith will place it over your tooth with the best bonding cement money can buy.

Dental crowns are custom made specifically for your smile. You’ll feel confident when your crown is made to the shape, color, fit, and size that matches your smile for an all-natural look. Another benefit is that dental crowns can enhance the appearance of your teeth. Since the crown actually goes over the tooth it can instantly fix problems such as, discoloration, misshapen teeth, chips, fractures, crookedness, and much more. These problems can be fixed promptly and look 100% natural which is why some people tend to get crowns just for the appearance much like porcelain veneers.

With the proper care such as, brushing, flossing, and routine checkups and cleanings your dental crowns can last for decades, typically 10-20 years sometimes 30 years. The porcelain material that the crown is made of is extremely strong and durable and will protect your tooth from any future re-treatments.
If you are experiencing any type of discomfort in your oral health and think that a dental crown or crowns could be the right fit for you, give us a call today at 215-568-6222 and if you’re a new patient you’ll receive a free consultation that includes an exam and cavity detection X-Rays.